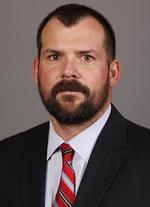 Peter Milliman was named the 23rd head coach in Johns Hopkins history on April 27, 2020 after serving as the Richard M. Moran Head Coach of Men’s Lacrosse at Cornell University.

Cornell advanced to the NCAA Quarterfinals in Milliman’s first season, when the Big Red also claimed the Ivy League Tournament title  In two-and-a-half seasons, Milliman’s team beat the top-ranked team in the nation twice and picked up three victories against teams ranked in the top two in the nation at the time of the game; included was a win against top-ranked and eventual national champion Yale in the 2018 Ivy League Championship game.

Milliman arrived at Cornell in 2014 as an assistant coach and promptly helped the Big Red to back-to-back trips to the NCAA Tournament and a combined record of 21-11. Cornell went 9-3 in Ivy League play in 2014 and 2015 and tied for first place in the final regular season standings in each of those two seasons.

Milliman served as Cornell’s defensive coordinator early in his tenure, but seamlessly transitioned to the offensive side and quickly turned the Big Red into one of the most dangerous teams in the nation. Cornell finished fifth in the nation in scoring offense in 2019 (14.3) and the Big Red were averaging 18.4 goals per game when the 2020 season ended.

Before landing at Cornell, Milliman had successful assistant coaching stops at RIT (2006, 2008), Siena (2007), and Princeton (2013). In his four seasons at those schools he helped his teams to a combined record of 45-22 with a 9-6 mark at Princeton in 2013 immediately preceding his time at Cornell.

Milliman had his first head coaching stint from 2009-12 at Division II Pfeiffer. There, he led the Falcons to a pair of appearances in the Conference Carolinas title game in 2011 and 2012 and was twice named the conference coach of the year (2009, 2011).

Milliman was a three-time All-American at Gettysburg and helped the Bullets to back-to-back appearances in the NCAA Division III Championship game during his career (2001, 2002). He finished his career at Gettysburg ranked second in school history in points (232), fifth in goals (138) and third in assists. He remains one of just three players in Bullet history with more than 125 goals and 90 assists.

After completing his career at Gettysburg, Milliman went on to play four seasons for the Rochester Rattlers in Major League Lacrosse. The Rattlers won the MLL title during his last season with the team in 2008.

A native of Rochester, New York, Milliman and his wife, Megan, have two daughters, Reese and Lake.

John Grant, Jr. was named assistant men's lacrosse coach and offensive coordinator on May 11, 2020. Grant, Jr. came to Homewood from the United States Air Force Academy, where he spent two seasons as an assistant coach.

Grant, Jr. coached at Air Force while simultaneously coaching the Denver Outlaws of Major League Lacrosse (MLL). He served as the Outlaws’ offensive coordinator from 2017-19 and spent the 2019 season as a player-coach as he came out of retirement to play for Denver. The Outlaws won the 2018 MLL title with Grant. Jr. directing the offense and advanced to the championship game in 2019.

Prior to his stints with the Outlaws and Falcons, Grant, Jr. was the head coach at Valor Christian High School in Highlands Ranch, Colorado. There, he guided the Eagles to three consecutive appearances in the Colorado 4A State Championship game and the team claimed back-to-back-titles in 2016 and 2017; those were the first two state titles in program history.

Grant, Jr. began his coaching career in 2000 as a graduate assistant at his alma mater, the University of Delaware. From 2003-09 he was the head instructor of Pro Skills Lacrosse before becoming the Director of Coaching and Player Development of Evolve Elite Lacrosse. Grant, Jr. was the co-founder of both Pro Skills Lacrosse and Evolve Elite Lacrosse.

The only player in lacrosse history to win MVP honors in the MLL and NLL in the same year, Grant, Jr. enjoyed a record of achievement as a player that is matched by few. He won six MLL Championships, one NLL title and five Mann Cup crowns. In addition, he helped Canada to the 2006 FIL World Outdoor Championship and the 2003, 2007 and 2011 FIL World Indoor titles.

As a player, Grant, Jr. ranks as one of the most accomplished in college, professional and international history. He helped guide the University of Delaware to the NCAA Quarterfinals in 1999, when he earned the Turnbull Award as the nation’s top attackman and the Enners Award as the nation’s most outstanding player. The first USILA First Team All-American in Delaware history, he totaled 96 goals and 81 assists in two seasons with the Blue Hens and set a UD record that still stands today with 110 points as a senior.

Grant, Jr. made a smooth transition to professional lacrosse after graduating from Delaware as he went on a 17-year career in the NLL and played 14 seasons in the MLL.

In 17 NLL seasons, he rang up 668 goals and 778 assists for 1,446 points in the regular season and added 60 goals and 51 assists in 20 playoff games. He guided the Rochester Knighthawks to the 2007 NLL title en route to earning league MVP honors and concluded his career ranked fifth in league history in goals and 12th in points; he also ranked third in assists per game.

Grant, Jr. joined the MLL in its inaugural season in 2001, later played from 2005-16 and returned as the Outlaws’ player-coach in 2019. He ranks as the league’s career leader in combined regular season and post-season goals (388) and points (634). 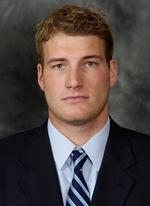 Jamison Koesterer was appointed the Blue Jay defensive coordinator on May 8, 2020 after serving four years in the same role at nearby UMBC.  A 2007 Johns Hopkins graduate, this is Koesterer's second stint on the Blue Jay coaching staff as he had previously served at Homewood in 2011 and 2012.

Prior to his time at UMBC, Koesterer spent four seasons at Ohio State and helped the Buckeyes to a pair of trips to the NCAA Quarterfinals (2013, 2015) while working with the defense and faceoff specialists.

Koesterer served as the volunteer assistant coach at Johns Hopkins in 2011 and 2012 and helped the Blue Jays to a two-year record of 25-7 with two trips to the NCAA Quarterfinals.  He mentored senior Matt Dolente to First Team USILA All-America honors in 2011, when he finished second in the nation in faceoff winning percentage (.667); Dolente’s faceoff winning percentage that season ranked second in school history at the time.

After graduating, Koesterer continued his playing career in the National Lacrosse League as a member of the Portland Lumberjax (2009) and the Washington Stealth (2010).  He helped the Stealth to the 2010 NLL Championship – the first title in franchise history – by winning 265-of-446 (.594) faceoffs while collecting 101 loose balls (the equivalent of a ground ball in indoor lacrosse).

In addition to his playing career professionally and at Johns Hopkins, Koesterer originally returned to Homewood for the 2011 season after working tirelessly in the state of Washington to grow the game at the youth level.  He served as the Director of Operations at walax.com, a web site dedicated to all things related to lacrosse in the northwest.  Walax was also heavily involved in the organization of lacrosse leagues, tournaments and clinics as the sport grew rapidly in the state of Washington.  In addition, Koesterer coached the Seattle Starz, who won the 2010 Adrenaline High School Shootout.

At Amherst, Annino held the Mammoths to a three-year record of 36-9. Amherst posted a 15-4 mark and advanced to the third round of the NCAA Division III Tournament in his first season as an assistant coach (2018) before finishing the 2019 season with an 18-4 record and the program's first appearance in the national championship game. The Mammoths were 3-1 and ranked seventh in the nation when the 2020 season ended abruptly due to the COVID-19 pandemic.

Annino was the architect of a Mammoth defense that held the opposition to nine goals or less 20 times under his direction and reduced its goals against average by more than two goals per game from the season before he joined the staff. For his efforts during Amherst's 2019 run to the national title game, Annino was the recipient of the IMLCA's Mike Clear Sr. Award as the Division III Assistant Coach of the Year.

A four-year regular and three-year starter on defense during his career at Amherst, Annino earned New England Intercollegiate Lacrosse Association (NEILA) All-New England honors as a senior and totaled 76 ground balls and 31 caused turnovers during his career.

As a player, Annino helped lead an Amherst defense that posted a combined 10.34 goals against average during his career while the Mammoths rang up and impressive 52-23 record during that time. The team appeared in four consecutive NESCAC postseason tournaments and advanced to the championship contest in 2014 and 2015. The team also appeared in three straight NCAA Tournaments 2014-2016 and advanced to the national quarterfinals in each of his last two seasons.

Annino graduated from Amherst in 2016 with a degree in economics.  He joined the Mammoths’ coaching staff following a year as an investment banking analyst at a firm in New York. 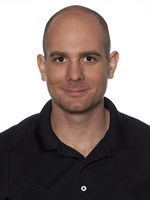 In his first year as the Director of Men's Lacrosse Operations is Jon Cohen.  Cohen joined Peter Milliman's staff in June 2020 and manages much of the day-to-day logistical operation of the program.

Cohen most recently served as the General Manager of Major League Lacrosse's Denver Outlaws.  The GM post was the latest in a long line of positions Cohen held with Outlaws during a 14-year run with the team.

Starting as a visiting team liaison in 2007, he later served as the head equipment manager (2008-10), assistant general manager/assistant coach (2011-18) and director of player personnel (2018) before making the move to general manager prior to the 2019 season.

Cohen, the longest tenured member of the Outlaws' player/coach roster, helped Denver to 118-62 (.656) regular season record from 2007-20 with MLL Championships in 2014, 2016 and 2018.  The Outlaws also advanced to the MLL title game six other times and played in the title game every year from 2016-2020.  Denver's 14-0 record during the 2013 regular season marked the first time in MLL history a team had gone through the regular season unbeaten.

Cohen graduated from UNLV in 2009 with a degree in hospitality management.  As a defender, he was a three-year member of Runnin' Rebels' club lacrosse team.  He got his start in coaching while still a student at UNLV as he served as an assistant boy's lacrosse coach at Bishop Gorman High School in Las Vegas and helped the team to the 2009 Nevada State Championship and also served as the head coach at Heritage High School in Colorado after relocating to the Denver area following his graduation from UNLV.